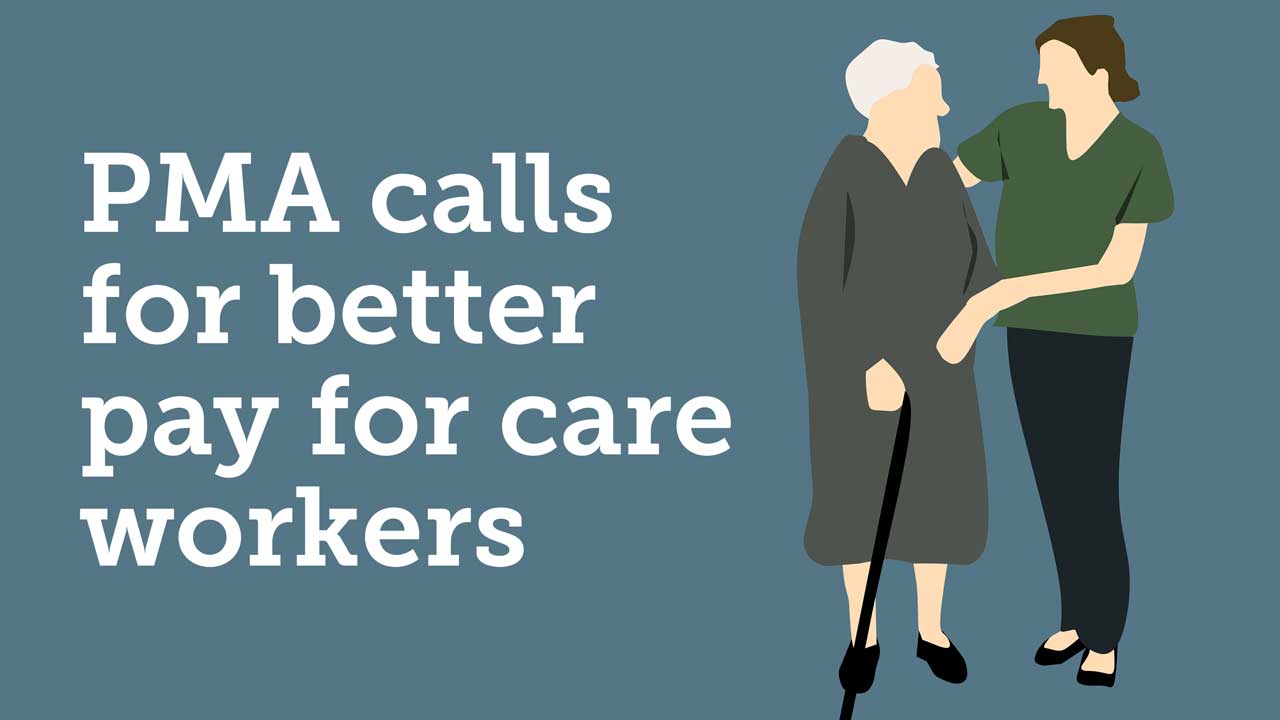 AS the PMA widens its provision for training and education in the care sector – including the Excellence in Personalised Care Certificate and Senior Adult Care Worker Level 3 – it has also called for a significant increase in pay for care workers across the country.

Although the PMA welcomes the government announcement to invest £500 million to develop the adult social care workforce (to train and retain talent as well as attract new staff) it believes a pay rise would make a huge difference to the whole sector.

Many staff aged 23 and over are paid an hourly rate of just £9.50, which drops to £9.18 for those aged 21 and 22, and a mere £6.83 for staff aged 18 to 20.
“A pay increase would help enormously in the ongoing challenge of retaining good staff,” said Ian Jones, PMA Operations Director. “There needs to be a much more realistic pay scale for non-clinical roles across the industry.”

He added: “The weight of these roles cannot be underestimated. Being on the ‘front line’ and having to make decisions about important health-related issues – often, these are the people who notice small changes and are vital in reporting the changes to other health professionals for investigation.
The amount of responsibility placed on care workers is not recognised as much as it should be. They’ll also be amongst those most affected by the cost of living crisis.”

Minister of State for Care and Mental Health Gillian Keegan has previously said that as we recover from Covid, we must look to the future and to reform.
“But,” she added. “The type of genuinely transformational change cannot be accomplished overnight. We know staff will need continued support.”