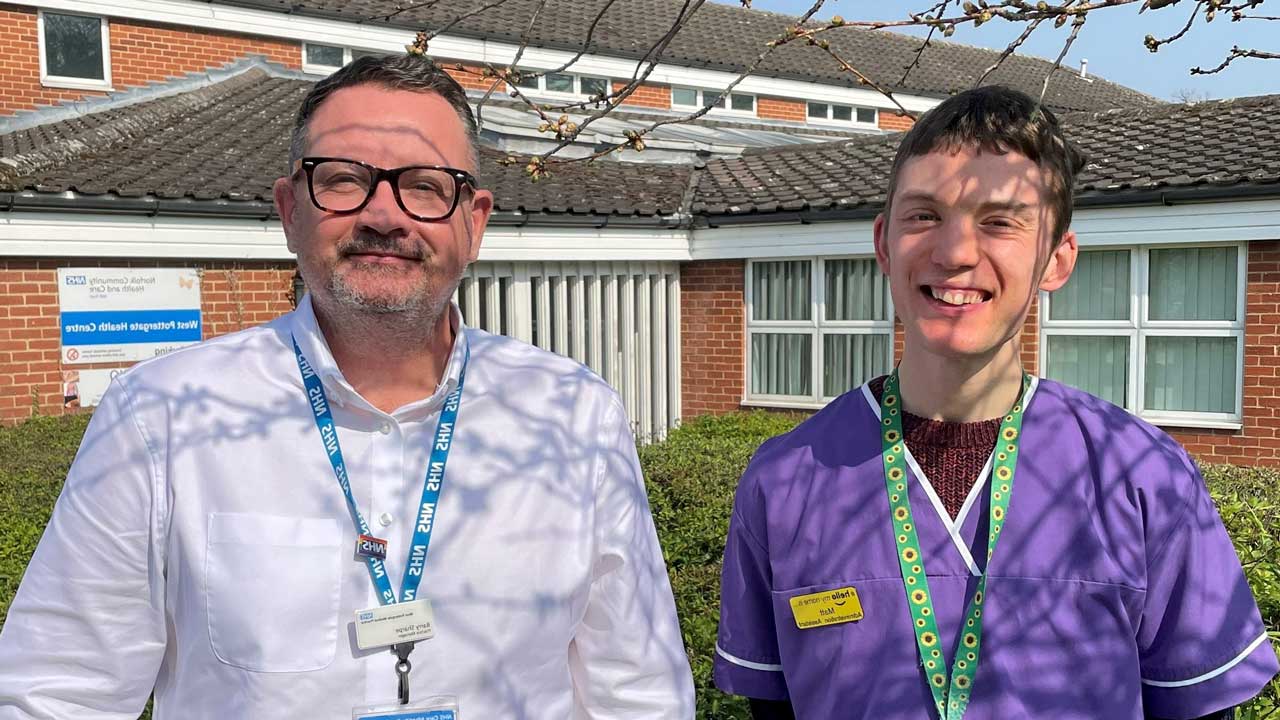 As the Kickstart Scheme finishes, PMA has been reflecting on one of its biggest success stories that has been life-changing for one young kickstarter.

Matthew Cornish, 27, has cerebral palsy. After many disappointments, he was beginning to think he would never get a job – or even an interview – when he managed to secure a role via the Kickstart Scheme at West Pottergate Surgery in Norwich in August last year.

“For many years I felt I was unemployable, having been continually rejected for jobs ever since leaving school,” said Matthew.

“So it was very refreshing to find an employer who was willing to give me the opportunity and support I so desperately needed.”

In addition to general administrative duties, Matthew’s tasks included answering the door, going through covid protocols and ensuring patients were all booked in so clinicians knew patients had arrived for their appointments.

“At the beginning of the Kickstart Scheme, we started with someone who only lasted a week then disappeared… locally you couldn’t find many candidates
who were that interested,” he said. “But from the minute Matthew walked in, I knew he’d fit in even with his disabilities. And everyone has accepted him as Matthew rather than ‘the chap with cerebral palsy’ which he experienced in a previous voluntary role.

“Here though, it didn’t matter at all that he had a speech impediment or walked a little differently to others. It was a shame the scheme was only six months as I would’ve liked to push him further. Everyone says how clever he is, and even when he had challenging patients reluctant to wear masks, he didn’t bite, he just dealt with things calmly. Matthew is a highly intelligent young man.”

Due to funding restraints, the surgery were unable to keep Matthew on once the scheme ended, though have fully supported his efforts in finding another role. Matthew is now about to start as an Apprentice Study Delivery Administrator with NNUH.

“I was concerned that Matthew would be absorbed by the ‘big beasts’ in the NHS trust but I’m hoping that being in a small research team, they’ll give him the support he needs,” said Barry. “I almost feel quite protective of him now!”

Matthew added: “From the very start, Barry was very approachable and I’ve been able to speak to him about any issues or concerns I had. It’s been so positive from the get go and as I leave here – and take what I have built here forward with me – I feel that this is just the beginning, not the end.”

Megan Chapman, PMA Customer Success Executive, who had liaised with Matthew and supported him throughout his placement said: “We are all so delighted for Matthew and it is heartwarming to hear how much he has flourished at West Pottergate Surgery with the help of the magnificent team
there and we wish him every success in the future.”

The Kickstart Scheme started in September 2020 and gave unemployed young people the chance to embark on a career in primary care, with access to a range of valuable training and the potential to secure permanent employment.